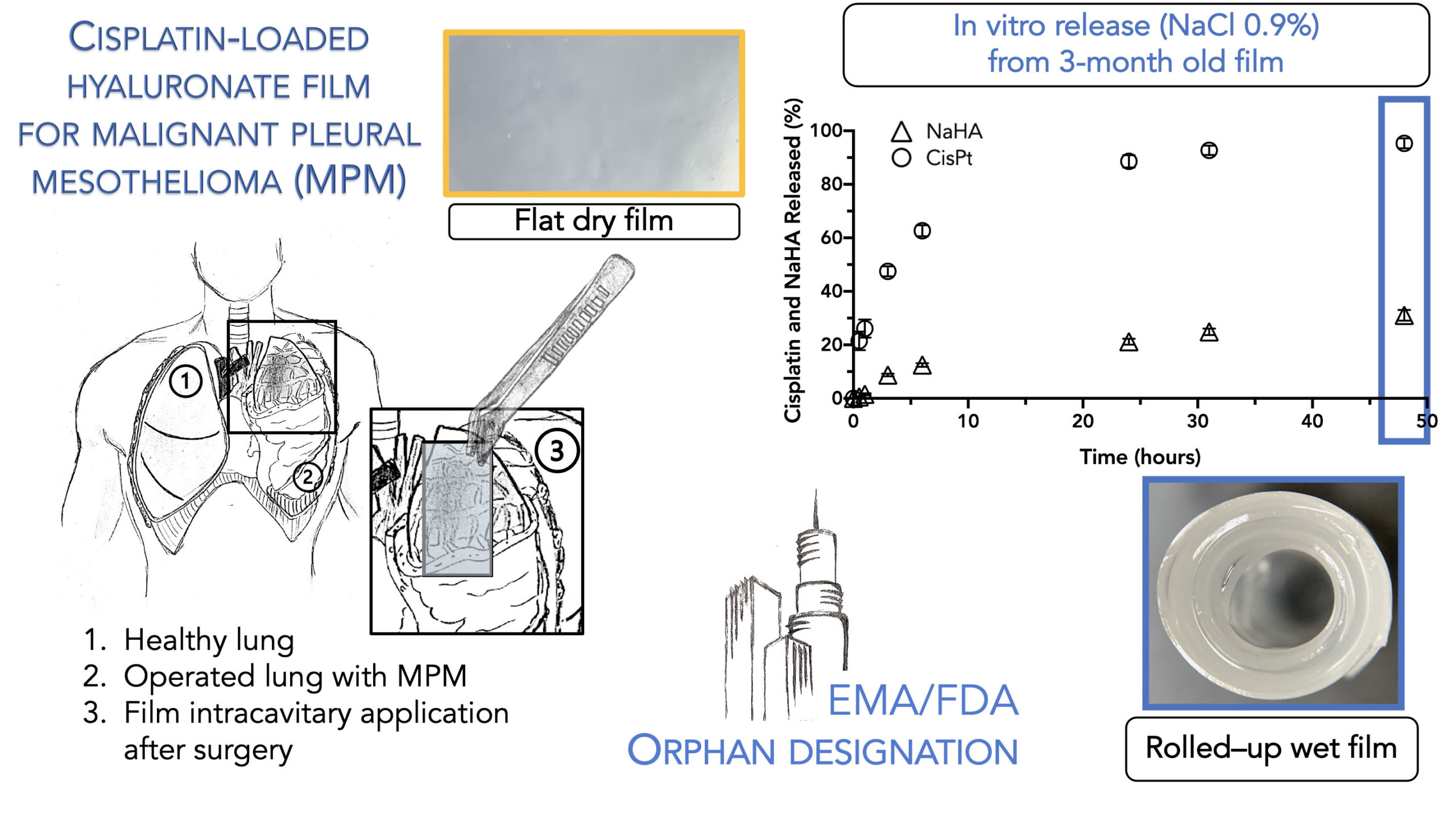 On 28 February 2021, the World Day of Rare Diseases was celebrated, a very significant celebration, which, since 2008, has contributed to keep the attention on rare diseases high and to “turn on the light” on them, as per the slogan chosen by UNIAMO (Federation of Associations of People with Rare Diseases of Italy).

A disease is defined as rare when it has an incidence of up to 5 cases per 10,000 people. Rare diseases are between 5,000 and 8,000 worldwide and mainly affect children in a percentage ranging from 50% to 75%. It is precisely the rarity and age of the patients that make research even more complex. For people with rare diseases, the possibility of a medicinal product that treats the pathology they live with can be a step towards a better quality of life

In its portfolio of innovative technologies for drug delivery, PlumeStars counts Hyalcis, a cisplatin-loaded sodium hyaluronate polymeric film for loco-regional anticancer therapy, granted the orphan designation by both the EMA and FDA. The film was orphan designated for the treatment of Malignant Pleural Mesothelioma (MPM), a very aggressive cancer with over 43,000 people dying of every year worldwide.

PlumeStars has just published an open access article called “Orphan designation and cisplatin/hyaluronan complex in an intracavitary film for malignant mesothelioma” on the Pharmaceutics journal by MDPI publisher.

PlumeStars has the opportunity to enter the market of MPM medicines thank to the EMA/FDA orphan designation with its novel product for loco-regional delivery of the anticancer cisplatin. Hyalcis is a biodegradable sodium hyaluronate film loaded with cisplatin for loco-regional drug delivery in MPM: the film is intracavitary deposited during surgery for primary tumor resection, with the objective to prevent or delay recurrences of mesothelioma.

What are the benefits of this new approach of care?

For more details and information, the full article is available for download.

Co-funded by the European Union